By Margaret Donnelly - Attorney on December 14, 2011 in Blog, english, Services

America is witnessing a new phase in the U. S.  immigration world:  state laws which allow local enforcement to act as federal agents and directly enforce federal   immigration laws.  Many debates are emerging as to why states like Alabama should enact these types of laws.  Those in favor claim it is simply to preserve jobs for their people.  Those who oppose these laws feel it is just another way to target a minority.  There is no reason to feel comfortable about such laws because they are reminiscent of Hitler’s persecution of the Jews, among many minorities, in order to distract the public from his foolish war program. Or, should we remember more immediate,  recent times?  Such as when the KKK went after African Americans in Alabama?  Do we need to say more? 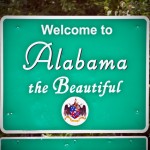 So what has prompted such drastic laws at this time?  Is it the dire economic situation that has pushed politicians to point the finger at minorities, especially, at the Hispanic population? Or is it the pink elephant in the room, an easy way to get votes while allowing local enforcement to weed out the undesirable population with greater ease?  Whatever the reason may be, these laws have left many wondering about their effect on the state’s economy.

The most notorious is the Alabama law, known as the Beason-Hammon Alabama Taxpayer and Citizen Protection Act.  Even the name forces locals to believe they need to be protected from an alien population, such as Hispanics. By “alien,”we can include culturally alien persons. The Alabama law allows local enforcement to carry out the duties of federal officers in enforcing federal immigration laws, requiring police to check and verify the immigration status of any individual, whatever that means to such police agents.  Whether they know what to look for, the law allows them to arrest any individual when they have reasonable suspicion that person is here illegally. The person may not look Alabaman.  Or he may not sound like an Alabaman.  Needless to say, most Alabamans are not Hispanic or African-American or Asian, so, unless you are an Anglo person who speaks with a deep southern accent, you will probably be considered an illegal alien.

Even Mike Hale, a Sheriff in the largest county in the state of Alabama, a Republican, and a tea party favorite, states numerous reasons against the Alabama law.  For one, he acknowledges that his officers are not properly trained to determine what constitutes “reasonable suspicion” without taking into account a person’s race.  He also fears this law will negatively affect the ties officers have with the Latino community. However, those in favor of the law have a much different reason for enacting this law.  According to Senator Scott Beason of Alabama, the main reason is “jobs.”  In a recent PBS article and video, Senator Beason explains that Alabama has experienced an increase of illegal immigrants in the work force which is the reason for the state’s high unemployment rate.[1]

However, something is not adding up when we look at raw statistics. How is this statement possible when Hispanics make up only 3% of the state’s population and of that percentage 40% are under the age of 18.[2]  These individuals have not even entered the work force.  It is absurd to think that the work force is being overrun by illegal immigrants.  Even assuming that illegal immigrants are the reason for Alabama’s high unemployment rate, we need to take a look at which areas illegal immigrants are working in.  Illegal immigrants are not taking the most prestigious or desirable jobs in the U.S.  These individuals work in jobs that no American or person with legal status dreams of doing.  Jobs that offer long hours, poor working conditions, and little pay are not the type of positions Americans are flocking to get.

Birmingham News reported that the state’s construction business is losing jobs faster than any other state in the nation.[3]  “Construction employment in the Birmingham-Hoover metro declined from 24,900 in June to 23,800 in October,” according to the Associated General Contractors, an Arlington, Virginia trade group.[4] The agricultural industry has also experienced its own backlash after the enactment of the immigration law. Keith Smith, a potato farmer, reported to the Huffington Post that after most of his immigrant workers left, he hired Americans to fill the positions but it has not worked out because most show up late, work slower, and either are ready to quit after lunch or quit after one day.[5]

It is time for Alabama to take a take a good look at its situation and determine what is causing the state’s high unemployment rate and catastrophic economy.  Politicians need to stop making excuses and blaming the Hispanic population.  It bears repeating that Hispanics comprise only 3% of the state’s population, and of this percent, 40% are under the age of 18.  How can this Senator say, with all the confidence in the world, that the Hispanic population is the reason for Alabama’s high unemployment rate?  Most of the Hispanic population has not even entered the work force.  Politicians need to call it what it is, Alabama is making it easier for local enforcement to target the Hispanics in order to get votes instead of creating jobs.