By Margaret Donnelly - Attorney on January 16, 2011 in Blog, english

Many U.S. citizens who oppose immigration in all its forms don’t understand how the U.S. immigration system works.  Most believe that undocumented immigrants automatically become U.S. citizens when they arrive in the United States or become legal immigrants.  Therefore, for the purpose of shedding some light on the issue, let me begin by stating that there is a huge difference between an “undocumented” immigrant and a “legal” immigrant, and between a “legal” immigrant and a U.S. citizen. 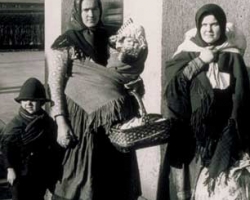 All legal immigrants who eventually become U.S. citizens have to start at ground zero.  This is the status of being an alien, a citizen of another country who is granted the right to live and work in the United States on a permanent basis.  The new status is known as “Lawful Permanent Residence,” or LPR.  LPR doesn’t change the citizenship of the alien. For instance, someone from France retains his French citizenship although he has a right to live and work in the U.S. indefinitely as long as he doesn’t abandon his residence in the U.S.  Living in France for eight months out of the year is treated as an abandonment of his LPR status.

An immigrant who becomes a LPR is someone who is sponsored by a close relative who is himself a LPR or a U.S. citizen.  A U.S. employer may sponsor an alien when the employer shows that there are no qualified, able, willing and available U.S. workers for the job that the alien will fill.  Some aliens become LPRs as refugees or asylees or come under a special program designated by Congress.