By Margaret Donnelly - Attorney on May 25, 2012 in Blog, english, Services 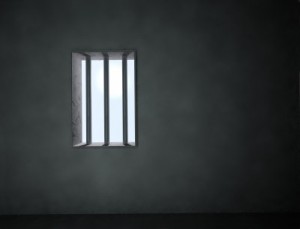 In recent years, numerous U.S.-born citizens have felt the impact brought on by being born with a midwife.  A once popular practice has become a nightmare for many of those individuals. In the past, it was not uncommon for families to opt for the services of a midwife rather than giving birth at a hospital, even well into the early 1990s.  This was a widespread practice among the cities along the U.S.-Mexican border, especially south Texas.  However, an investigation into the practices of midwives by the federal government brought to light fraudulent activities some midwives were engaging in, including registering babies that were not born in the U.S.  This investigation did not pinpoint the exact identities of the babies that were falsely registered and it is doubtful that an effort was even made to identify them.

Nor did it make national headlines, so many Americans did not even know this was ever an issue. But ever since the need for a passport to enter into the U.S. has become mandatory it is now when we are seeing the effects.  Americans born from midwives are being denied their passport application arbitrarily and capriciously.  In some instances when the application is being automatically denied, the Department of State is requesting these individuals to go through obstacles to prove their citizenship, sometimes requesting evidence into their ancestry as far back as the 1940s.

Other Americans trying to enter the U.S. with their birth certificate are being detained for hours, questioned, and accused of fraud without the right to representation.  Some are even being administratively deported and sent back to Mexico without any right to fight these accusations.  Unfortunately the problems do not stop at the border.  This issue is also being encountered at the United States Consulates.  Citizenship is also being questioned by officers at the U.S. Consulates.  It is not uncommon for officers to request these individuals to go to an interview at the Consulate and it is there that they are accused of not being U.S. citizens.

Americans should be outraged at the fact that officers of the U.S. Department of Homeland Security and officers at U.S. Consulates have such power when it comes to stripping the rights of Americans without their day in court. There have been several lawsuits as a result of such blatant violations, but this is not enough. We must insist as Americans for a clear position as to the practices of these agencies in order to secure the rights of Americans. A Congressional investigation is in order.