By Margaret Donnelly - Attorney on September 29, 2011 in Blog, english, Services

In an August 2011 press release, representatives of the U.S. Department of Homeland Security announced initiatives that would promote start-up enterprises and create jobs in the U.S. This was going to be done through a program called Start-Up America, an initiative to promote entrepreneurship in the country. It was started six years ago, but only now seems to be taking the spotlight against the backdrop of increasing unemployment figures and lowered GDP figures. 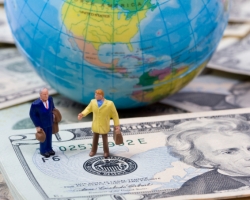 Whilst immigration laws as they stand do support job creation and investment in the United States, this latest press release shows that the positive economic and employment impact of immigration is finally being appreciated.

“Start-Up America” has several implications for both immigrant and non-immigrant visa seekers. In this blog our focus will be on non-immigrant trade and investment visa seekers from countries with investment and trade treaties with the United States.  Among them, Canada and Mexico are our top trade partners in terms of actual trade volume/dollars, besides being members of the North America Free Trade Agreement, also known as NAFTA.

The Treaty Trader (E-1) visa is available to a person from a country that has a commerce treaty with the U.S., such as NAFTA. That person must be coming to the U.S. to carry on substantial trade between the U.S. and the treaty country. On the other hand, the Treaty Investor (E-2) must have plans to come to the U.S.  to develop and direct the operations of an enterprise in which he or she has invested, or is in the process of investing a substantial amount of capital. For both visa seekers, proof of intent to carry out substantial trade or to invest in the form of starting up businesses will be ascertained from copies of bank statements showing investment of money from the treaty country into the United States, articles of incorporation of the enterprise, and a business plan which provides details of the proposed business venture, its activities and how the visa seekers plans to direct the business, including a breakdown of employee needs. The ability of the visa seeker to direct the company is usually deduced from a showing that the non-immigrant visa seeker is the major shareholder of the enterprise. The E-1/ E2 visa is initially available for a period of 2 years, but may be extended.

There is no limit or specification on the type of business or trade that may be carried out by a person seeking an E-1 or E-2 visa. Generally, a business idea will be acceptable if it is not against the laws of the state in the U.S. where the enterprise is registered and in which business will be conducted.

Whilst the Start-Up America is not new, it certainly now draws focus on non-immigrants who will assist the United States out of its current economic and unemployment doldrums. Because there is such a need for the desired trade and investment of E1 and E2 visa seekers, and due to directives flowing from the announcement of the Start-Up America program, it can be expected that such visa applications will be processed with more of an open mind and with a greater view to granting visas.  For investors and attorneys, this is an exciting opportunity that should be taken advantage of.

Get an investor Visa