Unfamiliarity with the law can be the biggest downfall for those individuals who are undocumented.  For example, it is a common misconception that people have the right to apply for their green card based on the fact that they have lived in the United States for 10 years. Unfortunately, there is no such law in existence today that allows for someone to obtain legal status based on that fact alone.

The only time that the physical presence is important is when an individual is already in removal proceedings, i.e. deportation, and is applying for the relief of cancellation of removal. 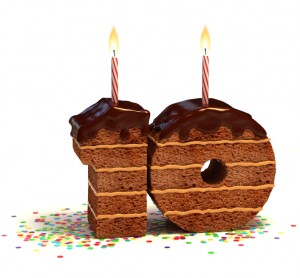 Cancellation of Removal and Adjustment of Status for Non-Legal Permanent Residents is a relief that can be sought when placed in removal proceedings.  In order to qualify for this relief, an individual must demonstrate the following:   1) physical presence in the United States for a continuous period of not less than 10 years;  2) has good moral character for those 10 years; and 3) is able to establish that removal from the United States would result in exceptional and extremely unusual hardship to their United States Citizen or Legal Permanent Resident spouse, parent, or child.

This may seem simple enough to prove but there exists a series of hurdles that may complicate a case.  One such hurdle, is the 10 year physical presence requirement because the 10 year presence is deemed to have stopped the moment the person is served the Notice to Appear (NTA).  The NTA is a one to two page document given to someone who has been required to appear in immigration court.  The following illustrates how presence is determine for purposes of cancellation of removal.

Another complication that may arise from cancellation of removal cases is when the moral character of an individual is questioned.  There are certain crimes that automatically bar someone from seeking the relief of cancellation.  Some of those crimes are claiming U.S. citizen after September 30, 1996, are a habitual drunkard, gave false testimony when under oath to obtain a benefit under the Immigration and Nationality Act, or have been convicted of two or more gambling offense.  Other crimes are not an automatic bar but may still preclude individuals from establishing good moral character such as a DUI.

And still, the hardest element to prove is the extreme hardship to a U.S. Citizen or Legal Permanent spouse, parent, or child.  There is no set table as to what constitutes extreme hardship but a few cases have shed light on the term.  Some factors include the health, age, ability to work of the person.

These are only some of the hurdles that may arise in an individual’s case when applying for cancellation of reomoval.  If you are ever placed in removal proceedings and feel that you may qualify for cancellation, please contact a competent immigration law firm to guide you in the process and overcome any obstacle in your case.

How you can help veterans reunite their families:  Link