The North American Free Trade Agreement (NAFTA) offers Mexican and Canadian professionals the opportunity to work in the United States. The category is known as the “TN visa.”  The TN visa, however, has been widely ignored by U.S. businesses because they became accustomed to the more cumbersome H-1B visa, another category for foreign professional workers.

What U.S. businesses don’t know is that the TN offers many advantages over the H-1B visa.  For instance, the TN visa includes more professions than the H-1B, and there is no time limit whereas the H-1B can be used for up to six years. Another advantage is a fast track feature for Canadian professionals who can apply for the visa at a U.S. port of entry without going through a U.S. consulate. 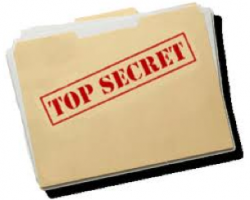 With Mexican professionals the process is more complicated because the application begins with a U.S. consulate.  Nonetheless, the regulatory maze is far more simple. Processing times fluctuate but the waiting time is usually one to two months.

Unlike the H-1B, the TN visa does not require a prevailing wage determination from the U.S. Department of Labor.  In addition, the TN can be used for part-time as well as full-time positions as long as the profession is a qualified one under NAFTA regulations.

The proximity of Canada and Mexico provides recruiters improved access to needed foreign university graduates.  Because family members (spouse and children under the age of 21) of the TN visa holder can accompany the visa holder pursuant to a TD visa, the process protects the unity of the family.

Although the TN visa for Mexican and Canadian professionals has been available for 16 years, the majority of U.S. businesses have not taken advantage of it, opting to use the H-1B.

More details on the TN visa can be found through the website of the U.S. Department of State.