By Margaret Donnelly - Attorney on November 22, 2010 in Blog, english

The U.S. needs to compete with a rapidly evolving global economy and one way to do it is by absorbing needed foreign workers. Under current conditions, however, U.S. employers must depend on what is commonly known as an outdated and complex “Employment-Based Preference Three” (EB-3) in order to sponsor a skilled or professional alien worker. The greatest disadvantage of EB-3 is quotas that restrict the inflow of vitally needed foreign workers. Translating this into practical terms, there are unreasonable delays in bringing such alien workers to the U.S., for instance, for Mexican workers, the delay is over nine years, and for European workers it is over five years. 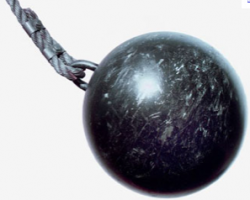 Although the idea of keeping an eye on fraud is reasonable, what is unreasonable is the collateral delay caused by the five-year fraud detection window, because no alien worker can get his green card before the five years run out. This window needs to be shortened.

If and when the employer makes it out of  the labor market test phase, it then has to contend with rules imposed by the USCIS whose job is to make sure the employer has the “ability to pay” the future immigrant worker. These rules are poorly designed to understand economic complexities, such as, losses for federal income tax purposes, while the employer is perfectly able to pay the future immigrant’s $50,000.00 annual salary. In too many cases, the USCIS strikes down the employer’s petition because its federal income tax return showed losses.

Many experts have called this process “inflexible,” and “out of date.” So, when Doris Meissner, former Commissioner of the Immigration and Naturalization Service (INS), now a Senior Fellow of the Migration Policy Institute, testified about system pitfalls before Congress last year, she said, “The current system fails to align labor market immigration with actual U.S. economic needs….[T]he most broken element of the nation’s immigration system is its inability to anticipate, adjust to or meet future labor market needs….”

According to Ms. Meissner, a Standing Commission on Immigration and Labor Markets would offer an impartial analysis of the system, and probably recommendations to overhaul it.  Right now, the issues are complex and, too often, politically charged.

In these difficult economic times, Americans need to remember that “foreign-born students, workers and entrepreneurs have been at the heart of American innovation and productivity for decades,” as admitted by Ms. Meissner. For instance, one-third of U.S. 20th century Nobel Prize winners were immigrants. This count would increase to one-half when the children of immigrants are included. Let’s not forget these facts.