The 2009 Birthright Citizenship Act introduced in the House of Representatives would deny U.S. citizenship to any child born in the U.S. when both parents are unauthorized immigrants.  The Act would reverse 144 years of law, first established in the Civil Rights Act of 1866, which granted U.S. citizenship to all persons born in the U.S. “not subject to any foreign power,” such as in the case of children of diplomats. 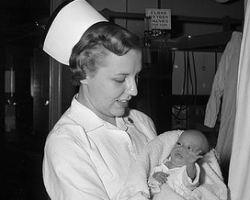 The Citizenship Clause (also known as the Naturalization Clause) in the 14th Amendment of the U.S. Constitution was enacted in 1868 in order to reverse the Dred Scott v. Sandford decision that African Americans were not and could not become citizens or enjoy any of the privileges and immunities of U.S. citizenship.  By enacting this amendment, Congress also sought to protect the principle from repeal by any simple majority in any future Congress.

Therefore, over the years, this principle, based on jus soli, or the right of the territory over children born therein, has withstood challenges, such as in United States v. Wong Kim Ark, 169 U.S. 649 (1898), a U.S. Supreme Court decision that conceded the U.S. citizenship of a U.S.-born child of Chinese parents.

Nonetheless, the debate over birthright citizenship has resurfaced as a measure to reduce illegal immigration even though this group comprises of four percent (including children) of the total U.S. population.  Under the Birthright Citizenship Act, U.S.-born children of undocumented immigrants would be denied legal status even though they would be American citizens in all other ways.  What is worse is that their descendants could potentially be a part of “a permanent class of unauthorized persons,” according to a recent report of the Migration Policy Institute (MPI).

In conclusion, the framers of the 14th amendment were aware of the kind of bias and prejudice that led to the Dred Scott decision and wanted to ensure that it would not cause so much harm as it did to African Americans.  It is doubtful that the Birthright Citizenship Act will be successful, but it hurts our image as a leader of the democratic world.