A great deal is heard today about the evils of illegal immigration but what needs to happen is a transformation of our immigration system.  The difference between transforming something and fixing it was explained to me by a very wise client, a U.S. citizen, who is trying to get papers for his Mexican undocumented wife with great difficulty. The system is making it hard for him to get her legalized.  Why? Because she came into the United States illegally. 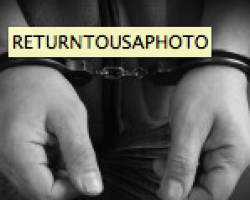 He and his family (including kids, ages five and eight) used to live in a high-crime neighborhood where several dead bolts on the front and back doors of their house were the norm. The bolts protected them from the “enemy.” Their kids couldn’t play in the front yard. They lived in fear until he started a neighborhood crime watch program, became better acquainted with his neighbors, and the local police began to patrol the area more often.  Something magical happened when the community became proactive about having a safe community. The veil of fear was lifted and crime stopped when everyone in the neighborhood took responsibility.  According to him, the difference was that transformation was taking a stand about a large, positive purpose, instead of trying to place dead bolts on their doors.

To begin the transformation of our immigration system, we should ask ourselves what kind of society do we want to have?  Inside this question is another one, what is the practical everyday impact of illegal immigration on the average taxpaying citizen of this country?  I mean, are we looking at all of the facts?  What filters are we using when we hear about the evils of illegal immigration?

One major concern we Americans should have is that our country is facing the retirement and medical expense of the largest group of senior citizens in our memory.  Bottom line, shouldn’t we be dealing with the challenge of our mounting Social Security crisis because the Social Security will experience a shortfall this year, i.e., it will pay more benefits than it will receive in payroll taxes in 2010. The reason this is happening are the 78 million Baby Boomers who are reaching retirement age. The harsh reality is that we don’t and won’t have the labor base to fund their retirement through payroll taxes.

This inverted pyramid will mean diminishing retirement returns for the Baby Boomers. So why aren’t we focusing on the future of the labor base so that it will sustain their retirement?

Let’s look at the facts.  The dead bolts in our current immigration system are designed to punish those who enter without authorization or overstay their visitor’s visas, to deny them jobs, to limit the number of legal foreign workers who are needed, with trickle down effects in state and municipal laws that make it difficult for undocumented immigrants to rent apartments, get driver’s licenses, or send their children to college.

Do these dead bolts keep the “enemy” out?  Obviously not, because there are 11.1 million undocumented persons living in this country, about 4% of the total population of the country.  However, these undocumented persons are doing us a favor, according to the chief actuary of the Social Security Administration, because they paid a net contribution of $13 billion into the Social Security Fund in 2007 alone.  These contributions represented up to 10.7% of the fund’s assets that year.  Of that amount, $1 billion were disbursed to undocumented aliens in 2007, a very small portion compared to what these immigrants paid into the fund.  In a nutshell, $12 billion went to our senior citizens and $1 billion to unauthorized immigrants.

Fear-based arguments shouldn’t carry the day when we consider the prevailing argument against illegal immigration, which is, that illegal immigrants take away jobs from Americans. First of all, the threat of losing a job to an undocumented immigrant is small given the fact that only 4% (including illegal children) are the “enemy.”  Secondly, we have had one of the most healthy economies in the world with an average yearly unemployment rate of 5.4% from 1990 to 2008.  When this rate jumped up in 2009 it wasn’t because of illegal immigration.  It was because of unrelated internal factors.

When we grab unto moralistic grounds to punish illegal immigrants for violating the law, we should be reminded of those instances when we looked at the big picture and elected to forgive the enemy.  The Marshall Plan is a great example.  We flexed our creativity and forgave Germany for the pain and suffering it inflicted on us and on the rest of the world. Millions died because of Hitler.  Therefore, when we think of that 4% who are here, such as the Mexican wife of my client, we should reconsider our perspective, especially the future sustainability of our economy.  I know that 11.1 undocumented immigrants may not be enough to support the Baby Boomers but they’ll sure help.