It is a recurring theme in the United States that the economy needs an injection of investment in order to lift it out of the doldrums. In some circles, the blame for this economic situation is laid at the feet of immigration policy. On the contrary, immigration policy can be used by employers and economic stakeholders as a means to channel much needed skilled professionals into the country. Countries the world over are experiencing brain drain. Now would be a time for the United States to take advantage of such brain drain and allow human resource investment to be driven by immigration; in particular by foreign qualified professionals and foreign students who earn United States degrees. 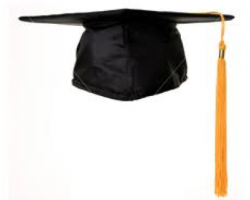 The hiring of foreign professionals benefits the economy in several ways. It introduces diversity in the workplace that extends beyond the ethno cultural benefits of such diversity. It introduces a diversity of ideas, stimulates innovation and entrepreneurship and creates local and global competitiveness. Having a documented workforce allows for state and federal revenue from income taxes. Instead, educated, entrepreneurial intellectual investment in the United States is discouraged simply by virtue of little known and little publicized immigration opportunities for such investors.   In this installment, the spotlight will be placed on foreign qualified professionals, particularly NAFTA (North American Free Trade Agreement) Treaty Professionals.

Under NAFTA, professional citizens of Mexico and Canada are allowed into the United States to work on a temporary basis (the initial visa is valid for three years) if they qualify under a profession as stipulated in NAFTA Chapter 16, Appendix 1603.d.1. The requirements to obtain this visa are not overly burdensome and require an offer of employment from the prospective United States employer that contains a showing of the job description of the foreign professional, the duration of the employment contract and why a TN Treaty professional is needed to fill the position. TN Treaty professionals must submit original diplomas, licenses or other qualifications and show that they hold a passport valid for at least remaining validity for the principal applicant and any accompanying dependents. Applicants must also pay a visa application fee for themselves and any accompanying dependents. An advantage of this process is that it allows a fairly free flow of business between the United States and its immediate neighbors. Additionally, the requirements are not overly stringent and foreign professionals, by and large, should be able to meet eligibility. One minor criticism is the disparity between processing for Mexican and Canadian nationals. Canadian citizens can process their visas at a port of entry, whilst Mexican citizens must undergo consular processing. This is an unjustified inequality in treatment, and makes the process for Mexican professionals just a bit more onerous. Another disadvantage of the visa category is its restitution to Canada and Mexico. It is understood that these two countries are NAFTA Treaty countries. However, in light of the immense benefits it could bestow on the economy, and the great potential it has to fill the gap in supply of skilled labor, the net should be extended to foreign professionals of other countries. Until then, however, it appears that a change in the mind-set of people must come about. The changing economic climate needs to shift aspects of immigration law out of its historically contentious political arena, and use it to drive intellectual and entrepreneurial investment, and bridge the gap in skilled labor in the United States.