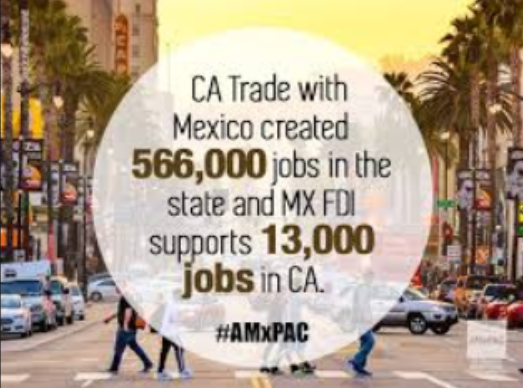 President Trump’s border wall plan is designed to keep our friends and family to the south out of our country, but at what cost? The impact on families who are divided by the wall is heartbreaking and shouldn’t be diminished. The emotional impact of a divisive wall is a top reason why it shouldn’t be built. However, those of us who don’t have family or friends who need to immigrate to our country are emotionally removed from this aspect of the debate.

Therefore, it is time for the border wall conversation to pivot towards a topic which impacts all of us: economics. The fact that the border wall comes with a multibillion-dollar price tag that American taxpayers will shoulder has been well-covered by the media. We know the wall is expensive. We know that Mexico has clearly stated they will refuse to pay for it. However, the potential economic gains we will miss out on if we fail to properly develop the border regions and utilize our resources there is a topic that needs more attention.

In this conversation, we are taking a cue from President Trump, who, in “The Art of the Deal,” talked about his gift of being able to transform even the least desirable places into profitable developments. Today, we call on President Trump and the rest of the American family to see the rich potential in our border regions. It is time for us to value our resources and our neighbors instead of rejecting them and making enemies.

First, let’s address the general economic problem of closing borders. According to Benjamin Powell, economist at the Free Market Institute at Texas Tech University, a closed border is a disadvantaged border. “Estimates of the potential global gains from open immigration are staggering.They range from 50% to 150% of World GDP. Much of these gains go to the immigrants themselves, but even economists who are against greater immigrant flows generally admit that the general population gains economically from immigration, too. Most studies find no general negative impact of immigration on wages or on the number of jobs for citizens. True international free market in labor would place no quantitative or qualitative restrictions on international migration, apart from any minimal requirements to screen out known criminals, terrorists, and those with serious contagious diseases.”

Now, let’s talk about the economic particulars of the U.S.-Mexico border. In the San Diego Tribune, Georgette Gomez reported the results of a 2006 study commissioned by the San Diego Association of Governments (SANDAG) which showed that delays at the border cost the San Diego-Tijuana region $7.2 billion in lost revenue. The study also noted that those costs were expected to double if the crossing was not made more efficient. A border wall is likely to exacerbate the problem of inefficiency at the crossing.

Gomez also asserted that the wall will negatively affect San Diego’s trade and tourism revenue. “Our tax dollars should be invested in supporting our ports of entry that create jobs and further generate economic benefits. We should not waste funding on an unnecessary wall that would cost our region jobs and revenue, or damage our environment,” she said.

Likewise, the report, “The U.S.-Mexico Border Economy in Transition” produced in partnership by The Wilson Center’s Mexico Institute, the North American Research Partnership, and the Border Legislative Conference (a program of the Council of State Governments West) came to similar conclusions regarding the need to develop the economic potential of the border. The report states:

What happens on one side of the border has a major impact on the other. The United States and Mexico do not simply buy and sell goods from one another but rather manufacture them together. As a result, the productivity and competitiveness of communities on both sides of the border are tightly linked. Based in such deep economic integration, new economic development initiatives have emerged in recent years—from the CaliBaja Mega Region in Tijuana and San Diego to the Binational Economic Development Zone project in Brownsville and Matamoros—to promote border communities as the unified economic regions that they are. Through these new projects and many well-established networks and organizations, the level of cross-border partnership is stronger than ever, presenting a tremendous opportunity.

The authors advocate for:

Collaboration among business leaders and government officials in border regions promises greater efficiency which translates to better economics. Instead of shutting down the potential for collaborative business opportunities and cutting off access to labor supply, we need to imagine the possibilities empowered by a healthy relationship with our neighbors. It is time to knock down the literal and metaphorical wall that holds us back from a brighter and more prosperous future.